Life has a way of tearing down our walls when we least expect it. I know that I've certainly had my share of experiences hit me like a wrecking ball... leaving everything in shambles. It seems horrible to say, but I believe that until I found myself kneeling in a pile of rubble after being destroyed, I did not understand the true meaning of being resilient, reborn, or even (gasp, dare I say)... saved - in any sense of the word.

Maybe that sounds self-important, I don't know. I don't intend for it to be. I can only speak from my own life and what I've seen first-hand in the lives of other people. In my experience, those who have risen from the ashes are almost always destined to rise above where they began. They are the people who have that elusive 'something' - whether it is confidence, wisdom or some sort of higher plane of existence - we know it when we see it.

There are just some people you meet and you can just tell have found themselves picking up shards of their lives, looking around for any sign of their former self only to realize they have to start from scratch. The really wise ones couldn't even start rebuilding until they cleaned up the mess - in many cases - a mess they didn't even create.

Then, there are the people who cause the messes. They are the ones who live within the rubble of their own devastation and sometimes, try to bring you into their destruction. They refuse to crawl out and build something, or are unable for one reason or another.

There are also those who haven't had their moment yet, but you can see it coming. Others are out there who have had nothing greater than a fair-weather streak dampen their spirits. Some of them know they are in the path of destruction, and others are blissfully unaware. It doesn't make them better or worse, it's just where they are.

Here's the hard part... there is no way to tell by a persons age, race, gender, sexual orientation, or social status where someone is in their life. We are all in different places on the road, and we are as diverse as it comes. The mistake we make is to think we can tell by just looking, that what works for us will work for them... or that anyone is unworthy of being saved from the rubble, even if they caused it themselves. There, but for the Grace of God, go you and I.

So what do we do with this knowledge? Nothing. Just be ready to climb out of the rubble and build something when it happens to you. And, as cruel as this may sound...  you'll be lucky when it does. It is the beginning of becoming who you can be. It's the 'why not me' moment instead of the 'why me' marathon. When you emerge from the fire, remind yourself that these are the ashes from which you'll rise.

I've build some pretty nifty things with rubble. I have ash sculptures in every corner of my life. I still can't be sure of where I am on my journey. The path is unmarked, so I keep moving forward. I hope someday I'll be one of those people you can tell have risen from the ashes just by looking at them. For now, my goal is to remind myself what I've overcome, to help others who find themselves where I've been, and to continue to rise from where I find myself. It can be done.

Honestly, there were times I didn't know if I'd make it to 40. Now, even though I'm just days away, I still don't. I won't lay claim to any specific level of wisdom, or to being any better at telling who-is-who along the way, but I have experienced my share of wrecking balls and I'm better for it. And, that is my message.

I guess my hope is that by sharing my journey, others might find something useful from among my experiences, and that the wrecking ball - should it come - will only break down your walls, not your  spirit. 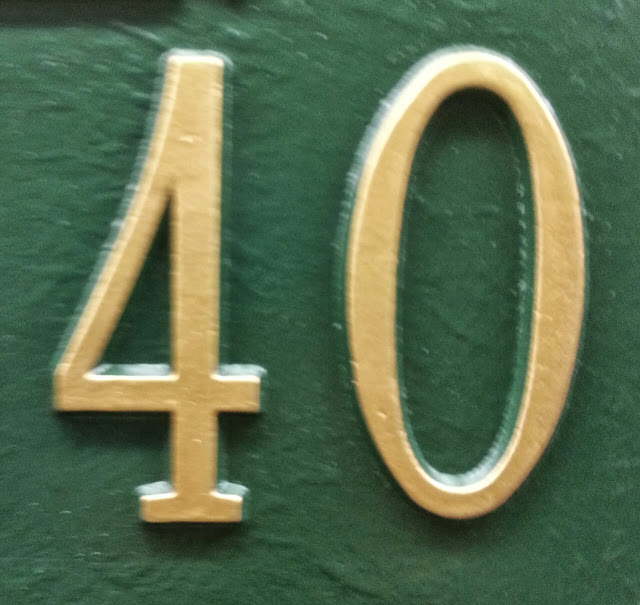