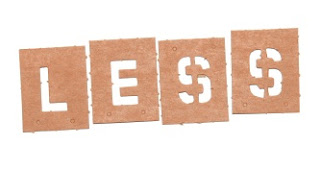 My kitchen used to evoke feelings of claustrophobia.  It was of average size and decent enough – yet always felt imposing.  A moment of clarity came on a random day in 2004 when I closed my refrigerator door a bit too firmly and set off an avalanche of magnets.
I sighed and stared at the strange, molded resin fruit scattered on the floor – the proverbial upset fruit basket.  The remaining magnets had been redistributed. The insurance company calendar needed an adjuster and the magnet poetry no longer rhymed.  Enough was enough!
I swept my arm across the door sending everything tumbling into a washtub I’d grabbed from the sink.  Without a moment’s hesitation, I dropped the entire thing into the trash.  I stood back and admired the blank refrigerator as if I’d built it myself.
The room actually felt larger.
When trash day came, I expected to feel regret for my magnetic indifference.  Except for being amused by visions of the trash bag slamming itself against the side of the steel truck as the driver pulled up to the curb, I felt nothing.
A couple of weeks later, I’d all but forgotten my frantic purge.  One afternoon as I stood in front of the fridge allowing all the cold air to escape - I noticed something stuck inside the door just under the vinyl seal.  “Ah-ha!  Thought you could hide, did ya?” I said aloud.
I plucked the tiny piece of magnetic poetry from its hiding place and prepared to toss it in the trash.  For some reason, I actually read it.  I had a chuckle when I saw that it was the piece that said simply said the word “less.”
“I think I’ll keep you.” I told it as I placed it in the center of the blank door
I stared at that silly word every time I passed through the kitchen.  It always made me smile.  I quickly realized that having “less” clutter made me feel better.  I decided to see what else might be in need of thinning out around my house.
The ‘arm-sweep’ became a favorite pastime.  If it didn’t have sentimental value, cash value OR a practical use, it went into a box!  I decided to take the hijacked bric-a-brac out of my house before it could go all “Patty Hearst” on me.  Box after box – room by room – I discovered that there were many things I just “had” but couldn’t explain why.  In the box they went!
My over-sized bedroom suite was sold and I used the money to add closet organizers.  A similar fate was met by my roll-top desk, the basement sofas, and various other pieces of furniture.  No space was safe.  Closets, the garage, cupboards… all sorted and purged.
A few people asked me when I was going to stop getting rid of things.  My reply was, “When I start missing things, I’ll stop.”  I found it cathartic to rid myself of the dust-collecting crap!  Over time, I learned to re-purpose, throw away and let go of things which did not sustain me in a positive way. Plus, I'd made some extra cash and had great tax deductions!  Where’s the problem?
In one of my mad "less" fits, I decided – in the true spirit of “less” – to discard the tiny piece of poetry that started it all.  I purposefully took the piece of magnetic poetry from the door, gave it a silent “Thank You” and tossed it in the trash.
That was a little over a year ago.
A few weeks ago, I was unloading groceries from my truck when I noticed a tiny rectangular-shaped thing on the floorboard.  Thinking it was a scrap of paper, I reached to pick it up and my eye caught something familiar.  I just stared at it in awe!
“less”
Could it be?  But… how?  It was indeed the very same magnet I’d tossed last year! I don't know how to explain it... I'm just going with it.  The only thing I know for sure is that this entire experience has made me re-evaluate the "things" which share my space.
I've never considered my self to be more materialistic than the next guy, but I've certainly become LESS focused on material possessions.  I’ve learned how things can get in the way of our lives... how they take our focus from our bliss... and how they consume us.  For me, it isn’t even about ‘practicality.’  I have some very impractical things.  But now I live WITH my things - not FOR or AROUND them.
My house is no longer claustrophobic – nor is it bare. I now consider the longevity or usefulness of purchases.  I feel lighter and it’s easier to stay organized. I'm not indifferent to "things."  However, I keep less and appreciate it more.
I haven’t missed a thing I’ve purged - and I've purged a LOT of things - but I'll admit I'm happy to have my magnet back.  It's lesson is one of my most valuable possessions. I feel blessed that I have the problem of abundance.  And while I may accumulate more things... I'm pretty sure I'll be keeping "less" for a long time!

I have really enjoyed reading your story, it is amazing, how a tiny word seems to be following you somehow. A reminder, for sure.
I have experienced this "less" adventure when I had to move to the other side of the world. I was in panic at first, but then I realized I couldn't take all my life with me wherever I went. It was a truly learning journey deciding what to take and what to leave. I call it my "essentials". I have to remember to do it often, clean up, live lighter. Dropping the things you hold up so you have empty hands for creation. Thanks for your inspiring piece, this is certainly a lesson to keep in mind.


Link exchange is nothing else but it is simply placing the other person's website link on your page at proper place and other person will also do similar in favor of you. msn hotmail sign in