Day 78:
I strive to be kind. I don't always succeed, but I do my best. I'm a firm believer that we MUST constantly be aware of the golden rule.
I also understand that assertive or direct communication is not necessarily unkind. Choice of words and tone are important. But, there is a difference between being unkind and being direct.


I conceed... sometimes you have to get a person's attention. You may have to take your child's face in your hands, get very close and e-nun-ci-ate your words. It is also sometimes necessary to yell at a drunk person to get their attention as they are passing out and falling off their chair... and so on.
But... because I try to be kind, people just don't pay attention. I mean, aren't they listening to my words and tone? Do I have to call you a rude name to get your attention? Do I have to offend some people to earn respect? (I can't say that I'd care about the respect of that person anyway, but...)
It's a delicate balance.
It seems the world needs to be talked down to... yelled at... or even cursed at, in order to make an impact. Television shows, movies, and public figures are becoming louder and louder, and ruder and ruder. It takes unprecedented intensity to get a point across anymore.
But, I'm this "kind and a softer-spoken person." Great! NO ONE LISTENS! The same intensity of anger used by Gordon Ramsay, the abusive TV Chef, would get my ass kicked.
In fact, a while back, one sentence spoken directly and privately to someone who was acting like an idiot... landed me with a violent, Ramsay-like tongue lashing by onlookers. Even though the person in question says anything they like.
Employees used to completely ignore my coaching unless it accompanied some sort of "angry boss" persona. (The silent "damn-it" doesn't work... I guess you gotta say it.)
An "I'm dissappointed" tone gets waiters to bring more soda (likely with spit in it) when a dozen "excuse me's" got me melted ice and a cold dinner.
So, the Gordon Ramsays of the world can say anything they like. But if a kind, softer spoken person is EVER rude... it is unacceptable. Yet, the world has desensitized itself from nice people and no longer knows how to respond to kindness.
The "Gordon Ramsay Effect" is REAL, and it is making me wonder what happened to the good old days. When I think that THESE ARE the good old days of our future... I cringe.
It makes me want to scream profanity. But... I won't. Ill be kind because that is who I am. And any slight misstep will make people think I've come unglued. It is a "Catch-22." (Don't know what a "Catch-22" is? Then look it up. It's called "Google.")
Being kind is better. Much better... and I'm just too damn old to care what you think anymore. Damn it... damn it to Hell.
Craig 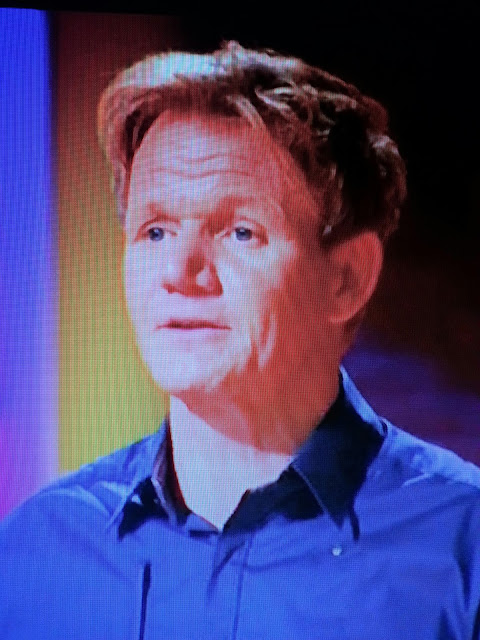 Manners are not just old-fashioned stuff from the past. People used to refer to things you wouldn't say or do in "polite company." I don't know the answer to this, but it isn't yell louder.