Day 64:
My hometown was as "Midwestern" as it gets. Having 7000 residents meant that we qualified to have a Wal-Mart, it was the county seat, had a quaint main street and postcard quality courthouse. It was darn close to Mayberry.

It was the epitome of a stereotypical small town. Everyone was very normal and fit into their neat little niches. It was a mostly a white, working-class community where all the branches of Christian faiths were represented and respected.

Although...
...There was one Indian family whose father was our Doctor and the oldest daughter was valedictorian of my graduating class.  And, by golly... we had a couple of black families whose sons were star quarterbacks. We had a Chinese restaurant..... that was periodically shut down by the health department and rumored to serve cat. And.... I think we had a Mexican family once, but I heard they had a bunch of kids and for some reason they ended up moving away.

Well... by now, you may or may not be envisioning scenes from Mayberry with its white picket fences. Either way, you are right.

The one thing you never want to be in a  Mayberry-like town is "different" - in ANY way. People who were different were either gossiped back into their "place" or shamed until they left.

Both happened to me.

I'm sure if someone naturally fits into the "mold", this would be a fine place. In my case, on some level, I always felt like the banana in a row of apples anyway. (By the way, no one likes bananas in Mayberry.) But... once I let them smell fear... it was game-on.

And then... something happened in my life that destroyed me. Instead of seeing a troubled child who needed help, the villagers invented their own truth about me and set out with their torches. At least,  it felt that way.
(Sing it with me in a slow, ominous tone: "One of these things is not like the others. One of these things just isn't the same....")

And though I've never told a soul out of fear - except for a few confidants - I was beaten and intimidated daily for years by a small group of seriously derranged kids... at school... in front of teachers... who did nothing. I was once ran off the road on my bike by a pickup truck aiming directly at me - as the pursuers verbally threatened my life and laughed. I had money stolen more than once. I was forceably held down by four guys and made to call myself horrible names as they mocked me. I was even punched in the face by a shift manager at my job while at work. Malicious rumors were spread like it was a witch hunt.

This shit happened daily for a long time, but all under the radar. I just wanted it to go away... to stop... and never have to think of it again. Something I could not control - an event that happened TO me -  was taken and blamed ON me. So out of shame, I decided to endure the "known" instead of risk the alternatives with the "unknown." I learned to stay low and assimilate. Eventually, they tired of the games and left me alone

I got the hell out of Mayberry at 19.

Now:
I have come to the realization that even the "normal" people were stereotyped into submission. These people who made me the target of hate were so brainwashed by the times and by fear and a small town mentality, that there was zero tolerance for anything other than what was deemed to be "normal."

I've spent the last 20 years finding the redeeming qualities of this town and my tormentors.  There had to be qualities beyond this place being where I was born and that my family lives there. There had to be a reason these individuals were acting out.

I have discovered that I wasn't the only one who was limited by a group mentality. We were all limited by it on a deep, spiritual level. The torch-bearing towns people were so limited and scared, in fact, that they victimized a victim. Maybe they saw themselves in me - there but for the grace of God, go I - and couldn't face it. Maybe they were just swallowed up by it. I don't know - and never will. At least I know it didn't swallow me up. I can look in the mirror and be genuinely proud of myself. I wonder if they can say the same....

Someone once asked me where I was from. I grimaced as I said the name of the town. They replied, "Well that little town spit out a pretty good guy in you, it must be okay." To which I replied, "Exactly... it spit me out. And that's exactly what it felt like." 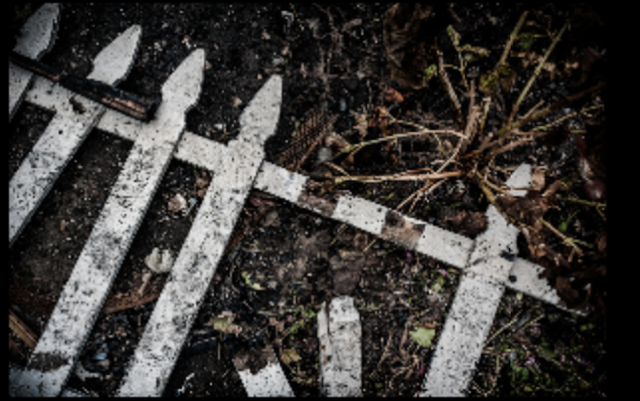